It’s nearly as old as I am. 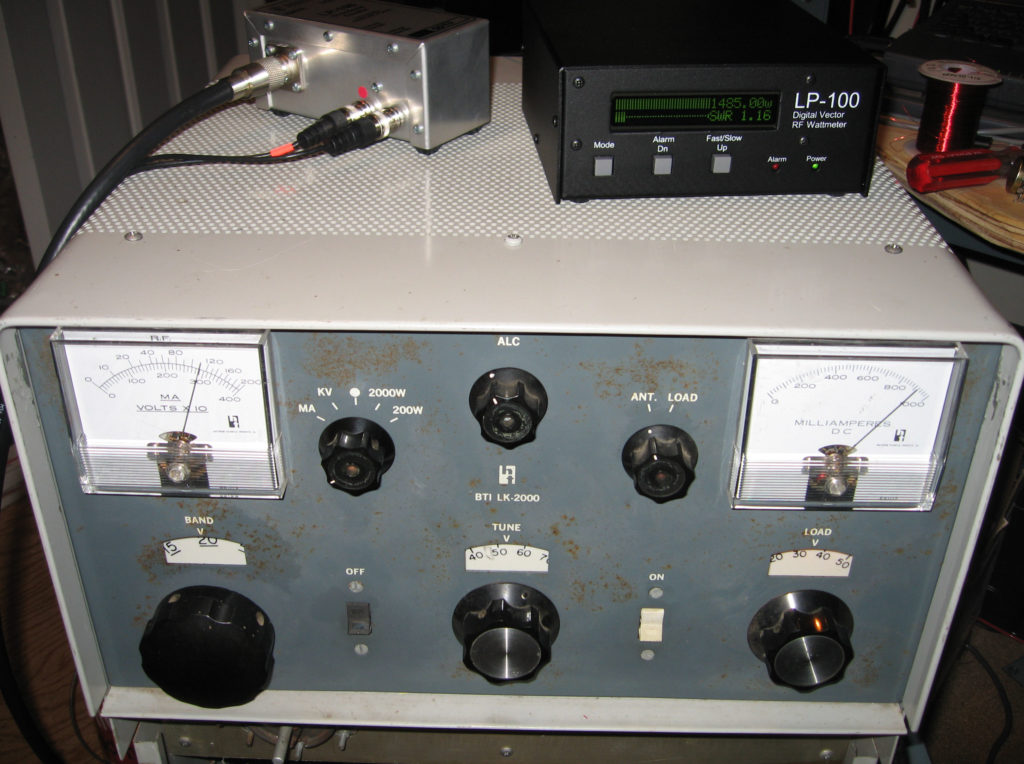 Challenges to getting this converted to a GS-35b included: 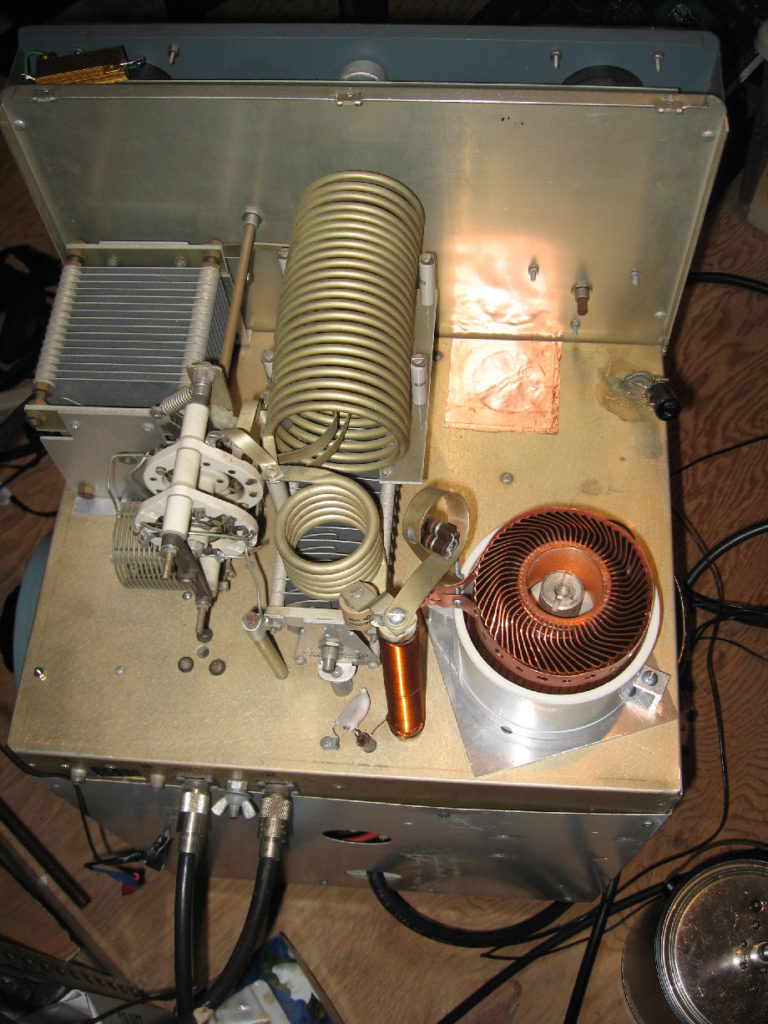 I purchased the RF Deck from Hillar N6HR, who then threw in the power supply for free.  The GS35b Socket fit just fine in the 3-1000z hole.

Schematic (click on it to get a bigger one) 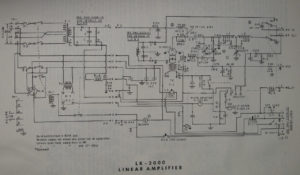 After starting to use it in an RTTY contest on 15m, I had just commented to K7BTW that I smelled something getting hot and “BRAAAP!!!!!!” — a nice blue-green spark on the side of the tube. The smell of PVC plasma filled my small shack. The ‘crash’ relay tripped, so there wasn’t any major damage. PVC doesn’t seem to like to be in heavy RF fields.  Others have reported this phenomena — see www.gs35b.com.

After the contest, I used some hi-temp rubber material to fashion this chimney — have been using it since. 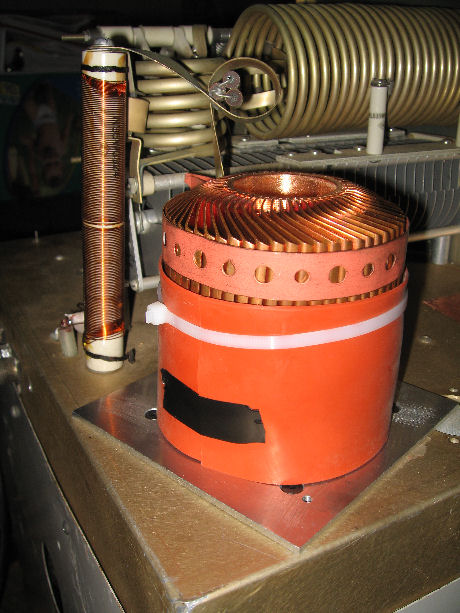 This amp’s blower is just too noisy to use near any operating position for phone, however the cooling is excellent for RTTY.